Math is moving into the 21st century with Texas Instruments’ new TI-84+ CE. This modern take on the classic TI-83+/TI-84+ line incorporates a ton of new features in the same classic layout that teachers and students are used to. 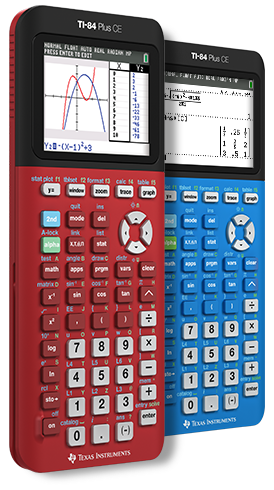 With a body that is 30% lighter and thinner than the original TI-84+, the new “CE” model will take up a lot less space in your backpack or pencil pouch. Not only is the calculator lighter, however, but it also incorporates a backlit color screen much like the TI Nspire CX has. Of course, you don’t want to be burning through AA batteries, so TI has incorporated a rechargeable battery that is powered over USB or the TI Charging Station CE.

Like the TI-84+ SE, the new CE model comes in several different colors, including black, blue, pink, red, and a special “school bus yellow” that is used by teachers to identify school owned calculators.

TI has announced that the TI-84+ CE calculator will be available in the Spring of 2015.

One Response to Texas Instruments Unveils the TI-84+ CE